Menu
Log in
Our Value for this half term is Compassion. " Clothe yourself in compassion and kindness" Colossians 3:12 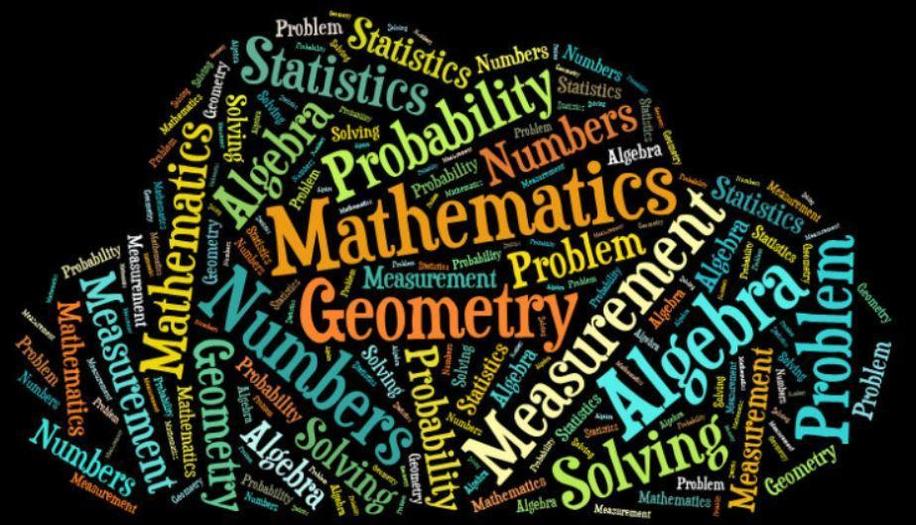 Mathematics is a creative and highly interconnected discipline that has been developed over centuries, providing the solution to some of history’s most intriguing problems. It is essential to everyday life, critical to science, technology and engineering, and necessary for financial literacy and most forms of employment. A high-quality mathematics education therefore provides a foundation for understanding the world, the ability to reason mathematically, an appreciation of the beauty and power of mathematics, and a sense of enjoyment and curiosity about the subject’.

The national curriculum for mathematics aims to ensure that: ‘all pupils become fluent in the fundamentals of mathematics, including through varied and frequent practice with increasingly complex problems over time, so that pupils develop conceptual understanding and the ability to recall and apply knowledge rapidly and accurately; reason mathematically by following a line of enquiry, conjecturing relationships and generalisations, and developing an argument, justification or proof using mathematical language; can solve problems by applying their mathematics to a variety of routine and non-routine problems with increasing sophistication, including breaking down problems into a series of simpler steps and persevering in seeking solutions Mathematics is an interconnected subject in which pupils need to be able to move fluently between representations of mathematical ideas. The programmes of study are, by necessity, organised into apparently distinct domains, but pupils should make rich connections across mathematical ideas to develop fluency, mathematical reasoning and competence in solving increasingly sophisticated problems. They should also apply their mathematical knowledge to science and other subjects.

At Gunness and Burringham Church of England Primary School, we believe every child can achieve in maths and it is our responsibility to provide the environment and experiences to make this possible. We believe every child is a capable mathematician with the ability to reason and problem solve. A positive growth mindset from teachers and pupils combined with strong teacher subject knowledge are essential to our children’s success in mathematics.

At our school, every child in our classroom has an ‘I can solve anything attitude’

We adopt a ‘mastery’ approach to the teaching of maths across the whole school. This approach recognises the value of developing the power to think, understand and reason rather than just ‘do’ using a set of given rules. The fundamental belief is that every child can achieve number fluency, confidence and understanding step by step.

Children are all taught the same concept in their year and the expectation is that all children can succeed. Some children may need extra strengthening teaching whilst others are encouraged to deepen their understanding. Maths mastery recognises the value of making a whole class journey of a concept which is broken down into small steps of learning, one by one. In this way children are building secure foundations which they can build upon and make connections to other areas of maths ensuring deep mathematical understanding and confident mathematicians. 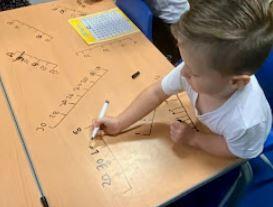 Year 1 have been looking at 2D and 3D shapes and even went on a 'shape hunt' around the school, finding a range of objects that they then sorted into groups.

"The box from the staff room is a cuboid"- Roman

"The football is a sphere"- Harry

"The hand sanitiser is a cylinder"- Indiana 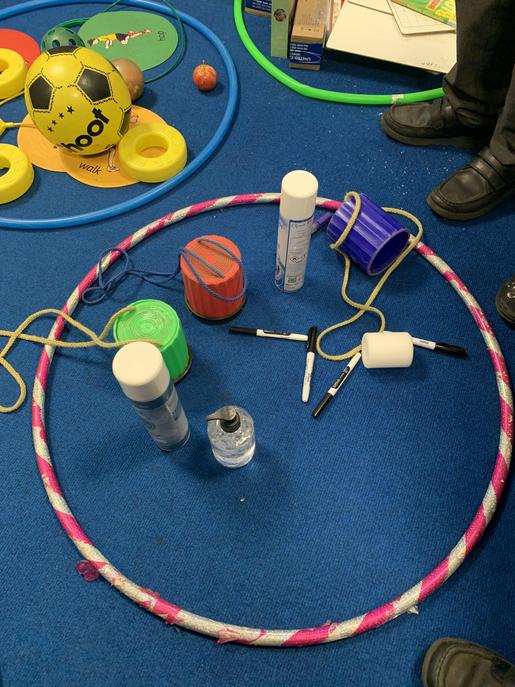 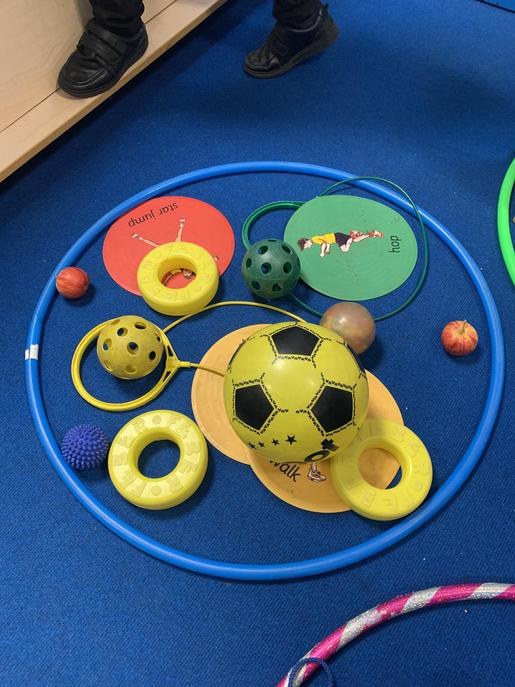 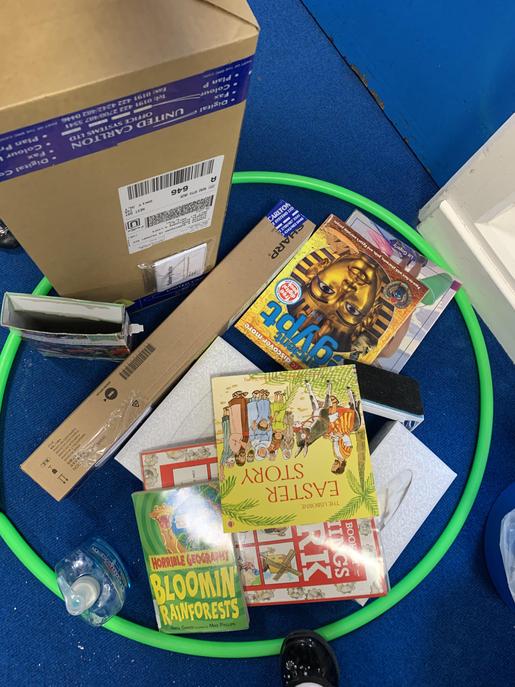 Position and Direction in Year 1/2 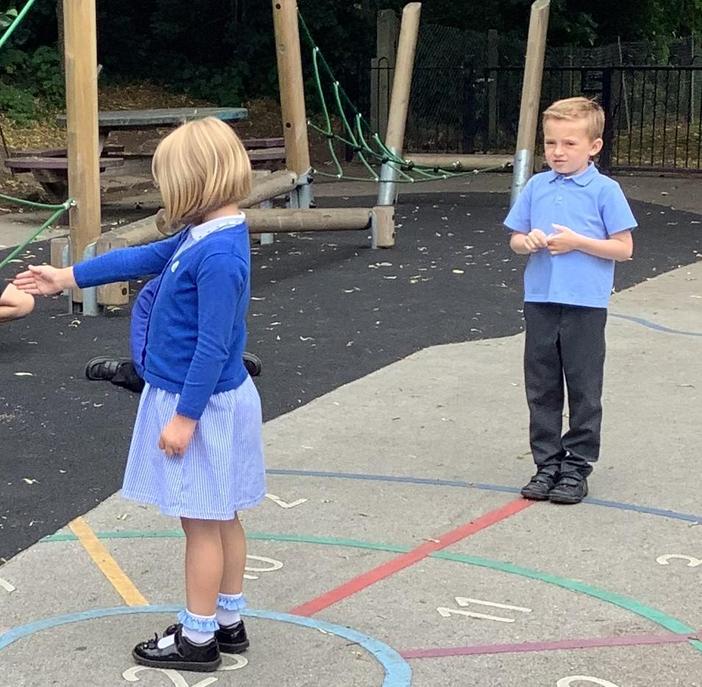 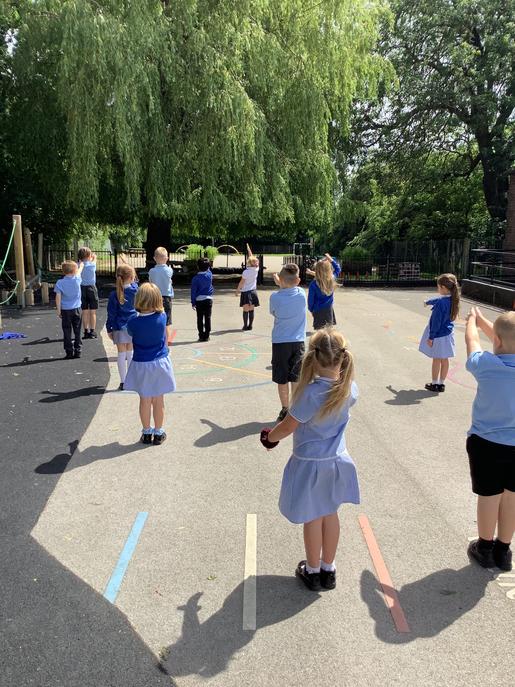 The 99 Club is a new mental-oral starter at Gunness & Burringham Primary School which aims to raise standards in Maths through encouraging pupils to improve their mental calculations when attempting quick-fire multiplication and division problems.

The idea is that with repeated practice, the scheme should result in increased speed and confidence when tackling mental maths problems without relying on written workings and methods.

If all of the calculations are answered correctly twice in a row, the child moves up to the next level!

The initial 11 Club involves eleven problems which involve doubling numbers up to ten ie. 5+5, 8+8. The 22 Club then adds eleven further questions involving repeated addition for numbers from one to ten ie. 3+3+3+3, 5+5+5+5+5, while the 33 Club begins to introduce times tables.

Division facts are added by the time a pupil reaches the 77 Club, and in the 88 Club and 99 Club, pupils will be tackling a range of mixed multiplication and division problems.

The full breakdown of The 99 Club levels is as follows:

11 Club - 11 questions involving doubling numbers from one to ten

The ultimate challenge is to complete all 99 questions of the 99 Club unaided, with no errors and within five minutes!

Some especially skilled mathematicians may even make it on to the Bronze, Silver and even Gold Clubs which include over one hundred problems to complete in the five minutes, including some very tricky problems involving squares, square roots and cubed numbers! Wow!

This is going to be a new and exciting way for all children to increase their confidence when using multiplication and division facts.

Whilst it is not suitable for Foundation Stage, if Mrs Stone feels that the children are ready later in the year, they may given the opportunity to join the 11 Club.

We can't wait to start sharing some of the results with you!

Good luck to all of the children!

Unfortunately not the ones with chocolate chips.

Some cookies are necessary in order to make this website function correctly. These are set by default and whilst you can block or delete them by changing your browser settings, some functionality such as being able to log in to the website will not work if you do this. The necessary cookies set on this website are as follows:

Cookies that are not necessary to make the website work, but which enable additional functionality, can also be set. By default these cookies are disabled, but you can choose to enable them below: